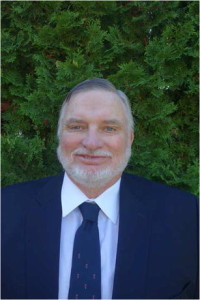 Chuck was born in Chicago and was a Midwesterner until his family moved to California when he was 16. Upon entering the University of California at Santa Barbara, like most students, as an undergraduate, he did not have a precise focus in his major other than knowing he was interested in biology. While studying abroad as a junior undergraduate in an exchange program in Lund, Sweden, Chuck managed to get a summer job at the Swedish Seed Association in Svalöv, Sweden. He discovered the world of plant research and was particularly interested in plant breeding. He ended up doing his Ph.D. at UC Davis and took his first job at the International Potato Center. For the first time he looked at potato as an object of study, rather than as something to be eaten on the spot. This has been followed by 37 years of research in potato. He always had a penchant for making potatoes resistant to its foes and has studied and bred resistance to a number of viruses. In addition, he has spent his entire working life in Prosser, finding, and incorporating resistance to root-knot nematodes into advanced breeding lines.
Many years of exposure to the thousands of types of potatoes comprising the natural variation found in the potato collections at the International Potato Center stimulated an interest in bringing the delightful diversity back out of the birthplace of potato into households around the world. Colorful potato is also healthier potato and much of his research included surveys and the study of inheritance of phenolic acids, carotenoids, and minerals. He has been grateful to have known and collaborated with the most fantastic people on earth, potato researchers, industry technologists, and growers. He has always considered it a privilege to work on world food security through potato improvement. The historically large impact potato has had on agricultural and urban populations has been an awe-inspiring drama that goes on to this day. Chuck is also grateful that the USDA/ARS gave him a job and the resources to work on potato research. Chuck is eternally grateful for the help he received from other people, including field workers, talented technicians and other scientists.

Dr. Jim Zalewski grew up on a seed potato farm in Wisconsin. He was born to Sally and Stan Zalewski on October 7, 1945, in Antigo Wisconsin. Three brothers became potato growers. Jim graduated from Antigo High School and from the University of Wisconsin he earned his Bachelor of Science in Agriculture in 1968, Master of Science in Plant Pathology in 1972 and Doctorate in Plant Pathology in 1974. While he was a student Jim married Jackie Dakin from Antigo.
Jim’s professional career spanned five decades in the field of agriculture. After graduating from the University of Wisconsin in 1974, Jim became a professor of plant pathology at Oregon State University for 5 years where he taught and conducted research on vegetable crop diseases. One of his students, Bill Campbell, followed a potato career path and became PAA President. In 1979, he entered private industry and was the senior manager and then director of agricultural research at Ore-Ida, managing a 5-person team, until 1992. In that role he was one of the leaders of a task force that worked to minimize sugar end damage in southwest Idaho and eastern Oregon. Jim then became the manager of commercial application research for NatureMark Potatoes from 1992 to 2002. At NatureMark Jim coordinated and conducted a program to screen and select superior clones of genetically modified potato. He designed and carried out field studies to rapidly screen for resistance to Colorado potato beetle, PVY, PLRV, blackspot bruise, and agronomic quality, among thousands of genetically-modified potato clones. While working at NatureMark, Jim also started his own private potato field consulting company for regional farmers in the Treasure Valley area, known as Spud Dr., Inc. He successful ran this company until 2013 providing expert agronomic advice for over 3000 acres of potatoes grown in SW Idaho. Jim joined 1,4GROUP as Director of Research and Development in 2009 and held this position until his untimely death in 2014. Jim’s vast knowledge and contribution to the world of agriculture was recognized by his induction into the Potato Association of America’s Honorary Life Membership Award in 2014.
Jim has been described as a natural born teacher that enjoyed interacting with students in the classroom and beyond, being mentor for many graduate students of the University of Idaho. Jim was a passionate teacher, a thorough researcher, and a true friend to those who knew him. He shared his knowledge and stirred the curiosity of children to farmers in equal fashion. One former colleague stated that you never worked for him, you worked with him. He expected good research and would show you what that should look like.
James C. “Jimmy” Zalewski (1945 ~ 2014), 68, of Boise Idaho died at his home on May 30, 2014, of pancreatic cancer. Friends, family and his wife Jackie were at his side. A few days before his passing many friends and former and current colleagues gathered at his home for a reception. There Dr. Nora Olsen presented Jim with his Potato Association of America Honorary Life Membership award which Jim greatly appreciated.

Phil Nolte has worked on potato and seed potato problems since 1979. After finishing his MS and Ph.D. degrees at North Dakota State University, he became the Extension Seed Potato Specialist for the University of Idaho at what is now the Eastern District Extension office in Idaho Falls in June of 1991. Nolte’s program focuses on seed potatoes but also includes seed-related problems in commercial production and general potato disease diagnosis and management. Recent research includes extensive work on the potato mosaic virus complex (PVY & PVA), management of potato late blight, fungicide resistance studies in Fusarium dry rot and the effect of chemical application on wound healing (suberization) in cut seed. Nolte also took on a part-time administrative appointment back in 2010 and since then has been serving as the Superintendent of the University of Idaho Tetonia Research and Extension Center in Newdale, ID.
Nolte’s primary mission at the University of Idaho has been that of Extension. Over the years that he has been at the University he has spearheaded extension programs on improving seed potato performance, pesticide resistance management in the Fusarium dry rot fungus, recognizing and managing potato late blight, management of pink rot, prevention of silver scurf, methods for reducing PVY in seed potatoes and, most recently, a program on sanitation and general management of bacterial ring rot that emphasizes the importance of latent testing of seed potatoes for presence of the disease. For his extension efforts, Nolte received the University of Idaho’s prestigious “Excellence in Outreach Award” in 2000.
In addition to his extension and research duties at the University of Idaho, Nolte serves on the editorial boards of two national trade journals. He has been the Technical editor for the Potato Grower Magazine since 1998 and has also served as a contributing editor for the American Vegetable Grower Magazine since 1997. Since one of his major goals is to make information as accessible as possible to producers and to the industry as a whole, working with these two publications has provided widespread National and even international exposure.
Nolte has been an active participant in PAA. He serves on the Endowment Committee (current chair) and on the Finance Committee. He is long-time member of the Certification, Plant Protection and Extension sections, where he served as director, vice chair and Chair of Plant Protection (1995–98) as well as secretary, vice-Chair and Chair of the Extension section (1996–2000). He was then elected to serve on the PAA Executive Committee, first as a Director (2004–2006) and then immediately after as vice-President and President-elect (2007–2009) finally serving as PAA President for the 2009–2010 term. Nolte has been on the local arrangement committees for two of PAA’s annual meetings, 1996 and 2007 both of which were held in Idaho Falls, ID. Nolte has also been a reviewer of articles for AJPR since 1997 and for the American Potato Journal before it. Nolte has also been active in WERA-089 (formerly WCC-89; potato virus control), serving as secretary, Vice-chair, and Chair (1995–1997).
In his personal life, Nolte is a long-time amateur musician, having taken up the guitar while still in high school. He still enjoys playing and manages to make some time to do so almost every day. He has also recently returned to writing fiction and has written three novels which are currently enjoying some modest success in the ebook world.

Samuel J. Thornton was born in Moscow, Idaho on February 19, 1955. After his father finished his Master’s degree at the University of Idaho the growing family moved to Southern Idaho. Sam’s father Robert E. Thornton moved the family to Pullman, Washington in 1963 to work on his PHD and begin his long career as the Extension Potato Specialist for WSU. Sam graduated from Washington State University with a Bachelor’s degree in Horticulture.
From 1978 to 1985 Sam worked in a series of restaurants in the Portland/Vancouver area and gained experience in management and valuable people skills. 1985 brought a move from Oregon to Moses` Lake, Washington and the beginning of his career in potatoes working for the Washington State Potato Commission as the Director of Research and Grower Relations. During this time Sam organized the research program for the WSPC and coordinated funding efforts for Washington State University and the USDA potato program at Prosser. Sam helped organize and manage the Tri-State Variety Development Committee to bring useful new varieties to the potato industry in the PNW. The Spud Topics newsletter and the Washington State Potato Gower’s Handbook were created and disseminated during his tenure at the WSPC. Sam worked with the National Potato Council to share research ideas across the US potato industry and also coordinate funding efforts for the US potato industry as a whole.
Sam’s career took a turn to the private sector in 1997 when he went to work for the Novartis Company as a seed treatment specialist. Sam helped develop the liquid potato seed treatment application equipment system as well as proper utilization of fungicides and insecticide use and application to cut potato seed. Novartis and Zeneca merged and Sam continued his seed treatment efforts in the new organization. In 2011 Sam shifted responsibilities to the effort to utilize and promote effective farm record keeping through the Syngenta Lab software.
1985 also began Sam’s long relationship and membership in The Potato Association of America. Sam was the PAA Site Selection chair for many years as well as officer positions in the Utilization, Production and Physiology Sections. After tenure through The PAA Directors position, Vice President and President Elect, Sam was elected as President in 2006. Sam instituted monthly conference calls for the PAA executive committee to improve communications and efficiencies. Sam also led the charge in transitioning to the publication of the Journal of Potato Research by the Springer organization thus expanding the reach and scope of US and Canadian research results to the world. Sam has continued his efforts to add membership from the Agrichemical and related industries throughout his PAA career. Sam also helped gain funding for Symposia on several occasions.Sam’s devotion to the potato industry as a whole will never cease. His many friendships throughout this valuable industry and the PAA in particular have enriched his life.