Donald C. Nelson was born at Minneapolis, Minnesota on June 28, 1931. Following graduation from Roosevelt High School in Minneapolis, in 1949, Don obtained his B.S. degree in Agronomy from the University of Minnesota in 1953 and his Ph.D. from the same institution in 1961 where he majored in Horticulture.

From April 1953 to April 1955, he was in the U.S. Army and served as a food inspector. In the summer of 1955, he supervised the horticultural plots at the University of Minnesota Sub Station, located at Duluth. From 1955 to 1957 he was a research assistant in the Department of Horticulture, University of Minnesota and from 1957 to 1961, he was a research fellow. Don Nelson has been with the Horticulture Department at North Dakota State University since October 1961. He came to the department with the rank of Assistant Professor. He received his Associate Professor rank in March of 1966 and was promoted to Professor on July 1, 1973. Don’s research in Minnesota and North Dakota has been in potato physiology. His research program has covered a range of problems including weed competition, hollow heart, hail injury, nutrition, and processing quality and the evaluation of potato herbicides, growth regulators, and vine killers, His current research emphasis includes several interdisciplinary studies examining the effects of tillage, nutrients, and salinity on potatoes and a multistate effort to evaluate the potential of three existing potato growth models to predict plant growth and tuber yield under several regional production systems.

His work in the area of weed control, including the evaluation of pre and post-emergence herbicides and the erects of tillage and cultivation on root pruning and tuber yields has done much to increase the potential for improved economic yields. His impact on the potato industry is exemplified by his work with 2,4-D which ultimately allowed the potato industry, to obtain clearance for its use on potatoes. Don has taught a course in potato production for 25 years. He has also taught courses in vegetables and horticultural crop physiology. Don is a member of the graduate faculty and has advised several graduate students.

Don has authored over 150 publications, many of which were of direct interest and aimed at industry use. A constant contributor, he has published at least 30 refereed articles in the American Potato Journal. Donald has had a long and distinguished career with The Potato Association of America. He served as director from 1974-77, vice president in 1977-78, president-elect in 1978-79 and president in 1979-80. He also served on the Editorial Board and on the following committees: Nominations, local Arrangements, Honorary. Life Membership, Graduate Student Awards, Physiology and the Journal Review Committee (Chairman). Don is an Associate Editor for the American Potato Journal. He has spent many hours reviewing papers for the Journal and I am sure the Journal is a much better publication because of his input.

Don’s hobbies are photography, camping, hiking, gardening, fly fishing and travel. Don and his family spend their vacations at their cabin in the Black Hills of 8outh Dakota. Don and his wife, Marjory, have three children: Iinda, Laurie and Janet, and are the grandparents of two boys and two girls and are expecting their fifth grandchild in October.

His exposure to the various philosophies and procedures at the different universities prepared him to capably study a large number of problems related to the potato industry. He has been the senior author of 45 referred articles and 65 non-referred scientific articles as well as a number of popular articles. He has earned a worldwide reputation as an authority on potato seed physiology. He has conducted studies at Wageningen in the Netherlands and at the Scottish Research Institute at Invergowrie, Scotland. He has presented papers at meetings of the European Association for Potato Research, the Asian Potato Association, the International Potato Congress at Lima, Peru and a symposium on Potato Production in Israel. He has presented many papers at annual meetings of The Potato Association of America. He has consistently contributed to producer-oriented conferences throughout the nation, especially the Annual Washington State Potato Conference. During his career he has served as a research scientist at the University of Idaho Research and Extension Center at Aberdeen, Idaho and at Washington State University at Pullman, Washington.

Willy has been a faithful servant of P.A.A. He shared the various responsibilities of P.A.A. beginning as a director in 1980 and ending as president in 1985. He has functioned as the chairman of several committees and is currently a member of the editorial board. Willy is married and has three children. He is an ardent fisherman for “steel head trout” and is not deterred even in the severest kind of weather. 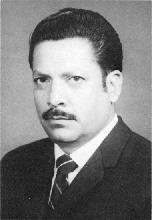 Carlos Ochoa was born in 1920, in Cusco, Peru. He lived his early years in the highlands of the area, and completed the Ingeniero Agronomo degree at the Universidad San Simon Cochabamba, Bolivia. He was awarded the M.S. by the University of Minnesota, and is presently head of the taxonomy section at the International Potato Center (CIP) Lima, Peru. He has served the potato industry of South America and the world through his work with the National Agricultural Programs of Peru and other countries in South America, through the International Potato Center of Lima (CIP) and the IR-I program at Sturgeon Bay, Wisconsin.

He has been a highly successful plant breeder of more than a dozen varieties adapted to the Andean Highlands. More than 25% of the total potato production in Peru is planted to his varieties, including Yungay, Tomasa Condemayta, Antarqui and especially Renacimiento.

Carlos Ochoa has been a dedicated plant explorer in search of tuber bearing Solanum spp. throughout the Andean highlands of Peru, Ecuador, Bolivia, Colombia, Venezuela and Chile and the Archipelago of Chile, as well as in Mexico. Furthermore, he is world-renowned as a respected and competent taxonomist of Solanum spp. His contributions to germ plasma collections in Peru and elsewhere are enormous.

Carlos Ochoa has discovered and collected more than fifty new potato species, more than any other potato taxonomist in history. He has rediscovered approximately fifteen.species previously known only from herbarium specimens and has published over seventy papers between 1950 and 1980. His monograp “Taxonomy of Wild Tuberous Potatoes of Peru” was published at his own expense in 1962.

The first of his most recent publications Volume I, “The South American Potatoes” is now being published by The Cambridge University Press. Carlos has collaborated with the Max Planck Institute (Germany), Museum of Natural History (Paris), British Museum and Kew Gardens (United Kingdom), Institute of Plant Breeding (Svalof, Switzerland) and the Museum of Natural History of the Smithsonian Institute (Washington, D.C.). He has played an important role in the IR-I program of Potato Introduction, U.S.D.A. at the Sturgeon Bay Station, Wisconsin.

Ingeniero Ochoa has received seven major awards for his contributions in Peru and the certificate of recognition from the International Agricultural Center, Wageningen, the Netherlands. It is a pleasure and privilege to recognize a respected scientist, plant breeder, explorer of indigenous tuber bearing Solanum spp., taxonomist of international renown. For these accomplishments The Potato Association of America is pleased to present Honorary Life Membership to Ingeniero Agronomo Carlos Ochoa of the International Potato Center, Lima, Peru.