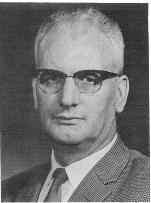 Mr. James Munro was born in Newcastle upon Tyne, England in 1911. He received his B.S. degree from the University of Durham, England in 1941. His career in potato work began as a temporary seed potato inspector in Scotland for four summers while a student at the university. On graduation, he joined the staff as a plant pathologist under the Advisory Mycologist of the Agricultural Department. He developed seed potato growers’ associations in 3 counties of the hill country of northern England. As technical advisor, part of his work was to train member growers how to rogue and maintain nuclear seed plots.

Following five years on the Durham University staff, Munro worked jointly at the National Institute of Agricultural Botany and at the Plant Virus Research Institute in Cambridge. At the latter institute he worked with Dr. Kenneth M. Smith. At the National Institute of Agricultural Botany, he with two others developed what was then one of the first virus free seed potato programs in the world. While at Cambridge he also worked as a close colleague of Dr. K. O. Muller, well known for his work on races of Phytophthora infestans and who at that time was most active in his work on ‘phytoalexins’. While at Cambridge, Munro received his M.S. degree in pure science from his parent university.

In 1951, Mr. Munro came to Fredericton, New Brunswick, Canada to work in the National Potato Breeding Program, but on the staff of the Division of Botany and Plant Pathology, Canada Department of Agriculture. The emphasis of his work from this time until 1968 was research on the potato viruses X and Y and the selecting of potato seedling material with hypersensitive resistance to the potato mosaic viruses.

Munro has published many papers relative to his research on viruses X and Y, and also has published on virus F. He was associated with the introduction of the Canadian potato varieties Fundy and Hunter. He is joint author of the bulletin Diseases and Pests of Potatoes. The first revision in 1973 consisting of 10,000 copies was exhausted in 6 months.

Munro has been a member of the Potato Association of America since 1953. He has been an active participant on several committees including Seed Potato Certification and Nomenclature, International Relations, and the Potato Diseases Committee of which he has been Chairman; he was a member of the first executive of the newly formed Seed Certification Section in 1970. He was elected as a director, Vice president, and was President of the Potato Association of America during the year 1969-1970.

Since 1968 he has been Chief of the Crop Certification Section in the Canada Department of Agriculture and responsible for the whole of Canada’s seed potato certification program. During his supervision of the Canadian Seed Program, he has also demonstrated his leadership by greatly improving seed quality and marketability of its Foundation and Certified seed potatoes.

In 1969 Munro was elected Fellow of the New York Academy of Sciences. Munro’s investigations relating to potato viruses X and Y are widely recognized among his colleagues and fellow pathologists. Because of his knowledge, experience and contributions in the field of potato virology, Jim is highly regarded among seed potato certification officials throughout the United States, Canada, and Europe. Munro is highly qualified to receive an Honorary Life Membership in the Potato Association of America. 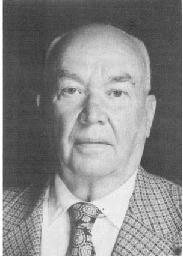 It is Maine’s privilege and my personal pleasure to place in nomination the name of Dr. Geddes W. Simpson for Honorary Life membership in the Potato Association of America.

Dr. Simpson, born in Scranton, Pennsylvania in 1908, graduated from Bucknell in 1929 with an A.B. in Zoology having worked as a laboratory assistant to Norman H. Stewart who arranged for graduate work in the Department of Entomology and Limnology at Cornell. Dr. Simpson came to Maine in 1931 after receiving his M.A. degree from Cornell in insect morphology under Dr. O. A. Johannsen.

He began his outstanding research career with the Maine Agricultural Experiment Station and also found time to work on his Ph.D. degree which he received from Cornell in 1935 in economic entomology under Dr. Guy F. MacLeod. Though trained in insect morphology and economic entomology, Dr. Simpson is often claimed by plant pathologists because of his pioneer work with insect-transmitted potato viruses; an area to which he was introduced by Dr. Forrest M. Blodgett at Cornell. Many of his more than 100 publications deal with methods of controlling these diseases by managing the vector.

Despite a life-long dedication to research, Dr. Simpson accepted in mid career the challenge to train students, both undergraduate and graduate. That he excelled in this endeavor is gratefully acknowledged by all of his students, many of whom have already demonstrated their sound training in science. His colleagues also have benefited from his counsel and leadership as chairman of the University’s Department of Entomology, a position which he held from 1954 until his retirement in June of 1974.

Retirement is a meaningless term to Dr. Simpson because as Emeritus Professor, he has continued his devotion to research with unreduced vigor. In addition, The Potato Association of America now benefits directly from his literary skills as its editor-in-chief. Nevertheless, his full schedule, as always, included time for anyone needing his help.

Dr. Simpson’s activities beyond his direct professional duties have included: community benefit projects; years of service to the Boy Scouts of America; advisor to the Maine Seed Potato Board; State Westinghouse Talent Search Selection; University Honors Program; Coe Research Fund and American Academy of Allergy Section on Aero-allergens. He is an active leader in the honor societies ofPi Mu Epsilon, Phi Kappa Phi (past president of the Maine chapter), Sigma Xi, and Phi Beta Kappa (past president of the Maine chapter).

Dr. Simpson’s distinguished career has brought not only personal acclaim but worldwide recognition to the University of Maine as well. In 1974 he received formal acknowledgment of the latter as recipient of the University’s First Presidential Research Achievement Award.

It is indeed an honor to present Geddes W. Simpson to the Potato Association of America for Honorary Life Membership.